Recently, Facebook started rolling out a new look for user profiles and along with this change is an update to the various links that get automatically created in the areas for things like favorite books, favorite movies, favorite activities, etc. Instead of links to a page showing results for searching on the linked term, they now point to Facebook Pages matching the linked term.

When Facebook rolls this change out to a given profile, they offer the user a dialog that shows the Page links that Facebook has automatically generated so that the user has a chance to make any corrections.

I’m guessing that the algorithm for matching terms to pages is a little off when it comes to some unidentified book that is popular with lots of Christians.

If you visit the Facebook page for Joseph Stalin, you’ll see that he has over a thousand people on Facebook that like him and if you click on any of these people at random, most likely you’ll find that they like The Bible and have other Christian interests. In addition, you’ll find that they apparently like a book called “Joseph Stalin” which sticks out like a sore thumb.

This amusing example of string matching gone wrong makes me mildly curious what the real title is.

The following is a list of Paris newspaper headlines reporting the journey of Napoleon across France, on his return from exile on Elba, March 9 to March 22, 1815:

THE ANTHROPOPHAGUS HAS QUITTED HIS DEN

THE CORSICAN OGRE HAS LANDED AT CAPE JUAN

THE TIGER HAS ARRIVED AT CAP

THE MONSTER SLEPT AT GRENOBLE

THE TYRANT HAS PASSED THOUGH LYONS

THE USURPER IS DIRECTING HIS STEPS TOWARDS DIJON

BONAPARTE IS ONLY SIXTY LEAGUES FROM THE CAPITAL

He has been fortunate enough to escape his pursuers

BONAPARTE IS ADVANCING WITH RAPID STEPS, BUT HE WILL NEVER ENTER PARIS

NAPOLEON WILL, TOMORROW, BE UNDER OUR RAMPARTS

THE EMPEROR IS AT FONTAINEBLEAU

HIS IMPERIAL AND ROYAL MAJESTY arrived yesterday evening at the Tuileries, amid the joyful acclamation of his devoted and faithful subjects

Today the fickle weather here in Atlanta has graced us once again with snow. It seemed a perfect day to enjoy some nice chili and hot cocoa so my wife and I went to our local Publix to stock up on the required grocery items.

While browsing the aisle where they stock international items such as fresh chili powder we noticed some interesting soup from Jamaica: 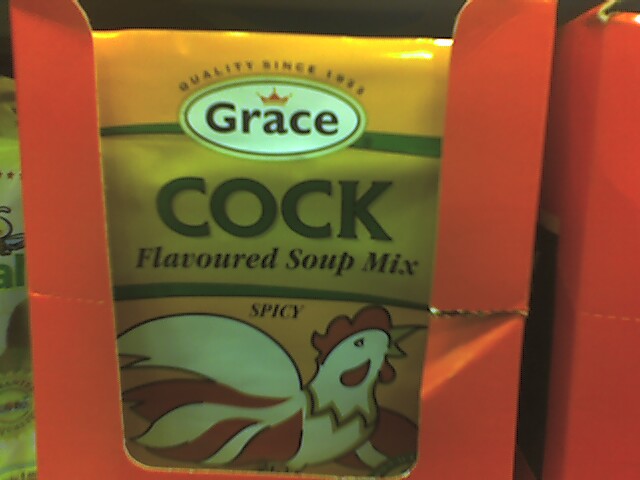